Rosh Pinah Primary School was founded in 1956 by the then minister of Edgware United Synagogue Rev Saul Amias MBE when it was realised that there was a need for a local Jewish Zionist school. The school achieved voluntary‐aided status in 1968 and moved the Junior School from its original location in Mowbray Road, Edgware to its present location in Glengall Road, Edgware in 1986 when it became a two‐form entry school. We are currently in the middle of a major building program which has seen our nursery operating from a brand new state of the art building since September 2014.

Sadly, on 1st December 2002, Reverend Amias passed away at the age of 95. Looking through some old files we came across a piece he had written in 1996 for the 40th anniversary celebrations at the school, which describes exactly how our wonderful school came into being.

“As a young man I was always keen to teach Jewish children about Judaism. Having been brought up in an orthodox home, together with my three brothers and two sisters, I was always aware of, and surrounded with love of Yiddishkeit. My late father became a Chazan and I alone of the children eventually went into the Ministry, studying at Etz Chaim Yeshiva and then Jews’ College.

It was in the late 1920’s that four members of the then very small number of Jewish residents in Edgware, decided to organise some Jewish communal life, starting with Hebrew classes for their children. They placed an advertisement in the Jewish Chronicle for ‘a Hebrew Teacher’. On my way to the interview in a house in a gas-lit street in Edgware I stepped on one end of a plank of wood, left lying about by workmen, and the other end flew up and hit me in the face. I thought to myself at the time “if you are appointed to this job you can expect slaps in the face!” From the four applicants I was indeed chosen. My brief was to organise and to teach a class and also to  seek out and get the interest of local Jewish residents to join the newly formed Hebrew Congregation. I began Hebrew classes on Sunday mornings in a hired room in Broadfields Avenue with five pupils, three from the same family. I talked to milkmen and postmen, searching for new members for our Congregation; I searched out houses with mezuzahs and became a ‘commercial traveller in the God business’.

An orthodox Jew, Mr S.E. Ofstein, was saying Kaddish for a parent (1931) davenning daily in Golders Green. He suggested he would offer his home so that Shabbat morning services could be arranged. These commenced in Fairview Way, conducted by me, and I stayed with the family over Friday night; so I was ‘living above the shop’ so to speak. The Congregation grew and it became necessary to find larger premises for the High Holy Days. A large house became available on the corner of Canons Drive and the High Street, Lodge House, and later still we used St. Lawrence’s Church Hall. In 1931 application was made to the United Synagogue for an affiliation to that organisation and this was ratified. Membership stood at 30 with about 40 children attending Hebrew classes.

I encouraged a kosher butcher, Mr K. Coblentz, to open a shop in the High Street and by 1933, with many more Jewish residents, a local builder (Mr F. Hawkins) offered a freehold gift to the community. Mr Hawkins had been instrumental in building most of Golders Green and had begun to develop Edgware. The land was in Mowbray Road, where the Rosh Pinah Nursery School is today. He realised that a Synagogue would attract Jewish people into the area. On 2nd September 1934 the then Chief Rabbi, The Very Rev. Dr J.H. Hertz, consecrated the new Synagogue. In 1939 a more permanent building was erected alongside the original one and was to be consecrated on September 3rd !

During the war I served as an army chaplain in both the UK and Europe, and on returning to Edgware upon my release (demobilisation) I found a larger group of young, orthodox families who were to enrich the community with a strong orthodox family life. Over the next many years I worked very hard building up both the religious and social aspects in Edgware. I helped to establish many youth and adult organisations, both social and educational, including the Council of Christians & Jews, the Edgware branch of the Jewish Lads & Girls Brigade, The Edgware Friendship Club, and much later the Jewish Association of Cultural Societies, affectionately known as JACS. The Edgware branch of AJEX is also one of my most important ‘foundations’ and their meetings, functions and services feature high on my agenda. All these, and many more with which I am involved, are still actively flourishing and I am happy and proud to have been there ‘at the beginning.’

My great ambition always was to start a Jewish school, and in 1948 with the active support of the Zionist Federation Educational Trust, I started a Jewish nursery with a handful of pupils with my late sister, Helen, as the first Headmistress. My suggestion of the name “Rosh Pinah” was accepted by the ZFET. From little acorns great oak trees grow – and so this nursery grew, first under Helen and then Rochelle Israel who only very recently retired from her magnificent and dedicated work. I came to believe it necessary for these children to progress in a similar Jewish atmosphere. In 1956 my dream was realised when we opened the Rosh Pinah Primary School; we had one pupil and three qualified teachers, one for secular studies, one for Jewish studies and myself! This was all happening in the Mowbray Road building and was a tremendous boost for the Edgware Jewish community, especially as the present Synagogue building was also opened that year. I recall with great pleasure that first pupil of the school, growing up as children do, to become my first Rosh Pinah bride, and I am happy now to see her son attending Shul quite regularly!

As the founder of my beloved Rosh Pinah I was appointed Hon. Principal, a position I hold to this day and one of which I am extremely proud. For many years I was a member of the Education Committee of the London Borough of Barnet and through my contacts with other schools in the area gained both knowledge and experience which helped me and I was able to enlighten them about various aspects of Jewish life, a two-way exchange of mutual benefit.

The late Mr Chaim Beckman was appointed Headmaster in 1961 and led the school most successfully until his retirement in 1982. He was succeeded by Mr Mervyn Leviton who, together with a large and dedicated staff has made Rosh Pinah Primary one of the finest Jewish schools in the country. The children are so very happy here and enjoy their learning experience with us all. In fact, I have been told that if a child should misbehave at home it has been known for a parent to threaten as a punishment NOT to send their little darling to school!

Our new purpose-built school came into being in 1986 and has the most up-to-date facilities, including a sound-proof music room, resource areas for handicrafts, an audio-visual room used for teaching Hebrew and a well-equipped gym/hall. There is a chess club as well as football and netball teams, a school choir and Israeli dance club. Jewish feasts and festivals are celebrated in the appropriate manner and the joy and pleasure which the children derive from these occasions fills me, and I’m sure all their teachers, with happiness, and I thank the Almighty for it. It is wonderful to watch these youngsters grow into responsible adults, taking their places in both the Jewish and wider communities. It is even more rewarding having the children of those children coming to our Rosh Pinah School.

One most memorable occasion for me was the school’s celebration of my 80th birthday; there was much jollity and excellent entertainment all planned, rehearsed and then enacted by the children after the hard work put in by the staff. I was both moved and gratified by the compliment.

We have visitors from all spheres, educational as well as religious teachers and leaders to see our school at work and play and to take away with them the good ideas and impressions to pass on to other establishments or authorities. Each year the school receives twice as many applications for admission than it can take, which is a very great compliment to the excellent standard of both the religious and secular education here.

During all these years, in fact from 1931 to 1975, I was the Minister of the Edgware United Synagogue and was gratified to see the growth of this community to approximately 2000 members. The United Synagogue retired me after 44 years in office.

During my years in Edgware I have been active in the Masonic Movement and have been Chaplain to the Royal Masonic Hospital for more than 48 years, with a weekly visit – 14 miles each way. I have also served as Jewish Chaplain to three other hospitals for many years, which duties I consider a most important part of a Minister’s life. I still serve as a member of the Board of Deputies, representing JACS, and am active still on various local and national committees, both Jewish and secular.

I was greatly honoured in 1973 to be awarded the MBE and accompanied by my wife and my daughter, who came specially from Canada, went to Buckingham Palace to receive the award from H.M. The Queen.

Edgware is still my life, and the support I have always had within and outside the community and the district has been most heart-warming.” 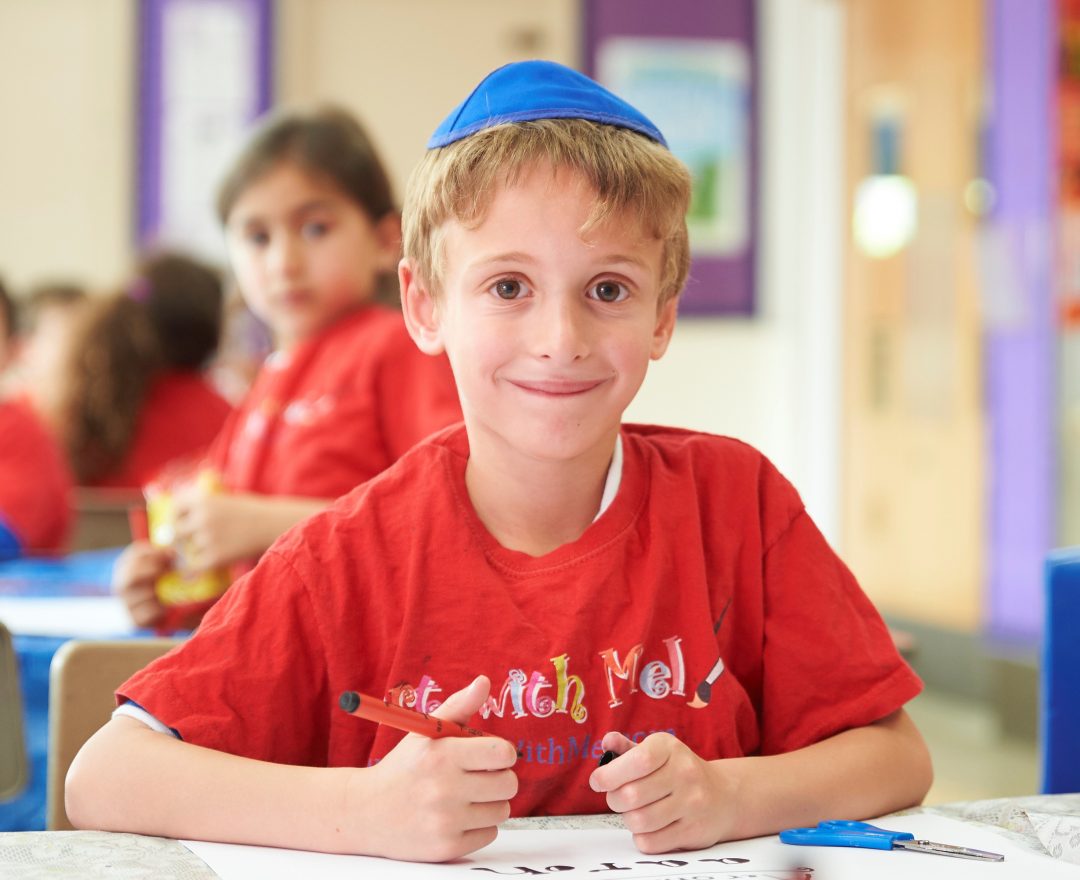 EXTRA CURRICULAR
Explore
We use cookies on our website to give you the most relevant experience by remembering your preferences and repeat visits. By clicking “Accept All”, you consent to the use of ALL the cookies. However, you may visit "Cookie Settings" to provide a controlled consent.
Cookie SettingsReject AllAccept All
Manage consent

This website uses cookies to improve your experience while you navigate through the website. Out of these, the cookies that are categorized as necessary are stored on your browser as they are essential for the working of basic functionalities of the website. We also use third-party cookies that help us analyze and understand how you use this website. These cookies will be stored in your browser only with your consent. You also have the option to opt-out of these cookies. But opting out of some of these cookies may affect your browsing experience.
Necessary Always Enabled
Necessary cookies are absolutely essential for the website to function properly. These cookies ensure basic functionalities and security features of the website, anonymously.
Functional
Functional cookies help to perform certain functionalities like sharing the content of the website on social media platforms, collect feedbacks, and other third-party features.
Performance
Performance cookies are used to understand and analyze the key performance indexes of the website which helps in delivering a better user experience for the visitors.
Analytics
Analytical cookies are used to understand how visitors interact with the website. These cookies help provide information on metrics the number of visitors, bounce rate, traffic source, etc.
Advertisement
Advertisement cookies are used to provide visitors with relevant ads and marketing campaigns. These cookies track visitors across websites and collect information to provide customized ads.
Others
Other uncategorized cookies are those that are being analyzed and have not been classified into a category as yet.
SAVE & ACCEPT